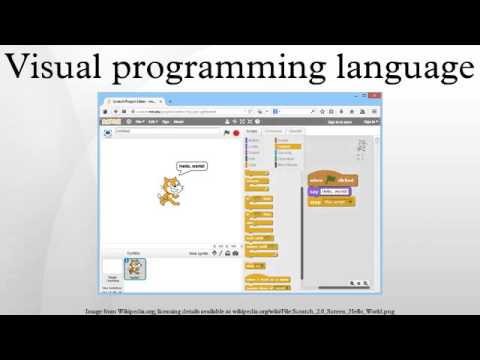 It came up in 2006 with a characteristic set consisting of a blend of object-oriented and useful programming options. Interestingly, Kite makes use of the pipe character for practical calls somewhat than using the period or arrow characters in other languages. Short for Restructured Extended Executor, REXX is an interpreted language developed by IBM. It was designed with an intent to be an simply learnable and readable language. NetRexx is the IBM’s implementation of REXX that provides object-oriented programming.

Object REXX is an object-oriented scripting language that's primarily based on REXX. M is brief for MUMPS, a programming language created for the health care business. Neil Pappalardo, the founding father of medical info technology and his associates developed the M language.

After IBM developed it within the Nineteen Fifties, it quickly gained recognition in programming. It is very popular within the subject of high-performance computing.

Caml is one other dialect of ML and is a statically typed language that helps automatic memory management. Ocaml is the implementation of Caml that's developed as an open supply project.

Robin Milner and his associates on the University of Edinburgh came up with ML within the Nineteen Seventies. It is an impure useful language as it helps crucial programming. Standard ML is in style amongst compiler writers and is a modular, practical programming language. Alice is a dialect of Standard ML, which helps distributed computing, multithreading and constraint programming.

Members of the Computer Graphics Technology Group developed Lua in 1993. It is an crucial and procedural programming language that was designed as a scripting language.

Seneca, better known as Oberon-2 is an extension of the Oberon programming language. It is a procedural programming language within the form of a set of instructions that have to be executed in a sequence like that of a batch file. It is a reflective, object-oriented programming language that supports dynamic typing. Alan Kay, Adele Goldberg, Dan Ingalls, Scott Wallace, Ted Kaehler and their associates at Xerox PARC developed Smalltalk.